Phase 1 of the CobBauge project.

With a huge attendance of individuals from all areas of interest.The partners presented on the findings of the last years worth of research .. 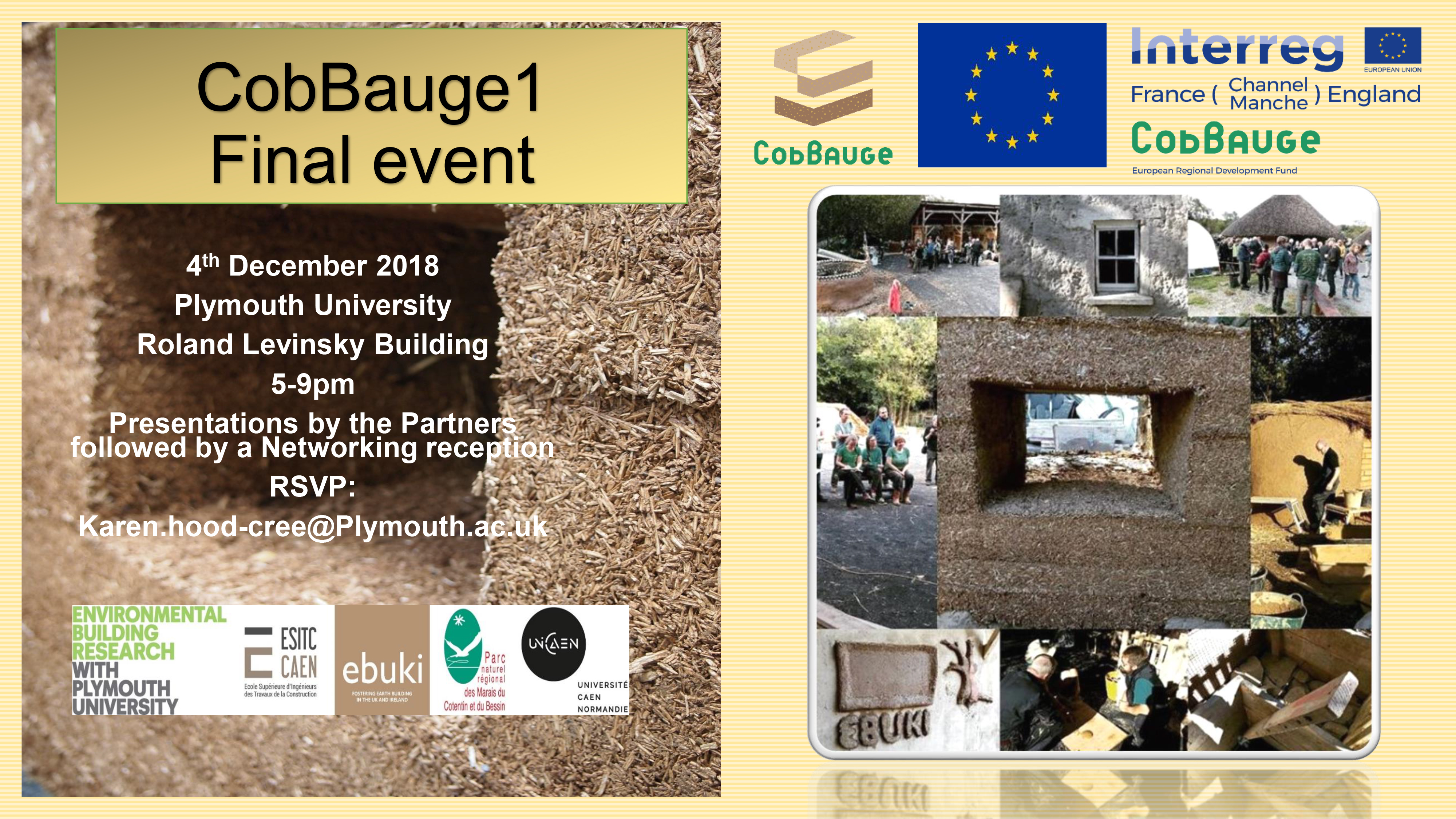 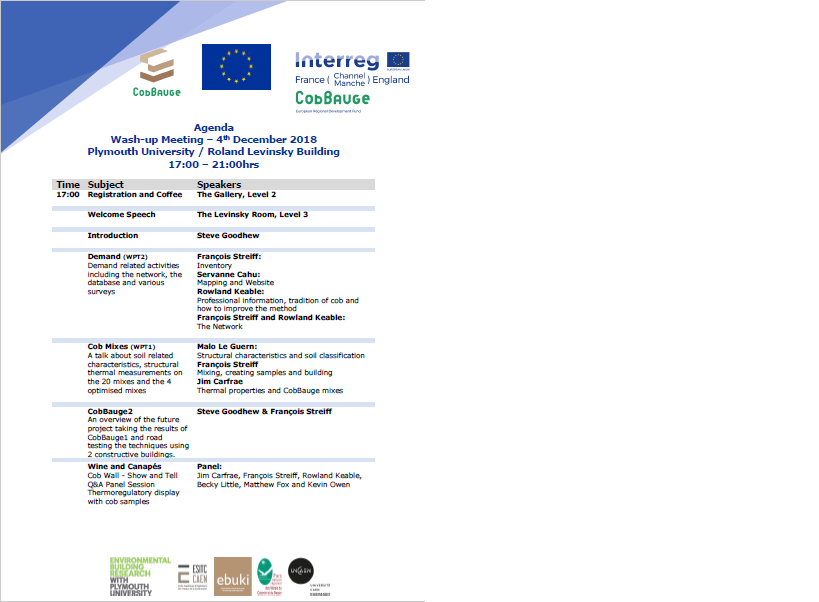 The final event at Plymouth for Phase 1 of the CobBauge is enhanced by the CobBauge optimized mixes provoked vigorous discussion. 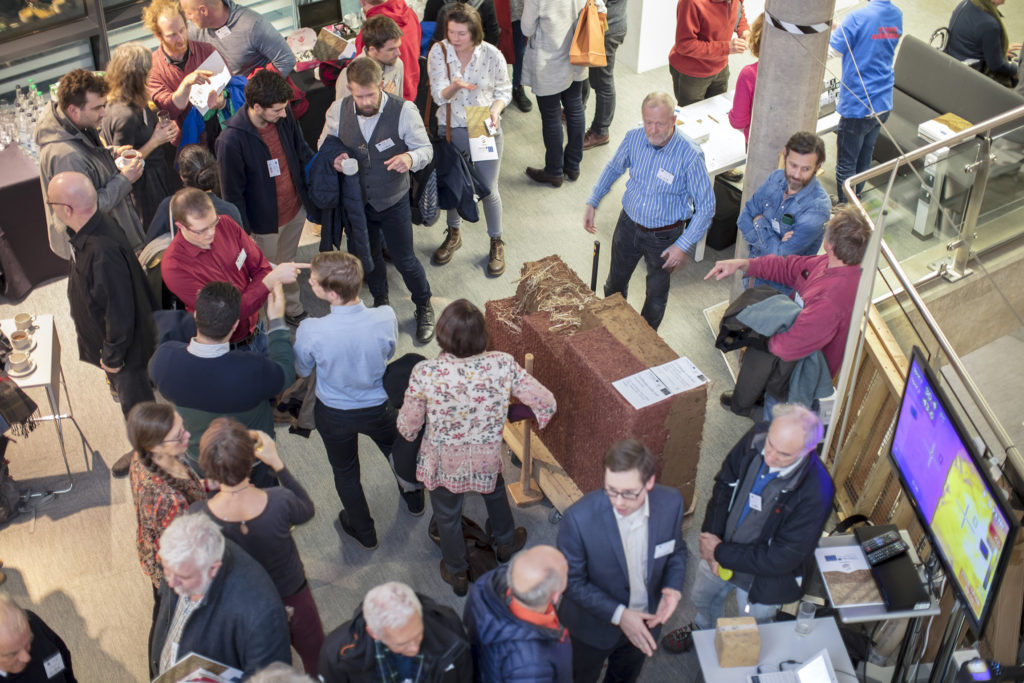 Attended networking at the final event. 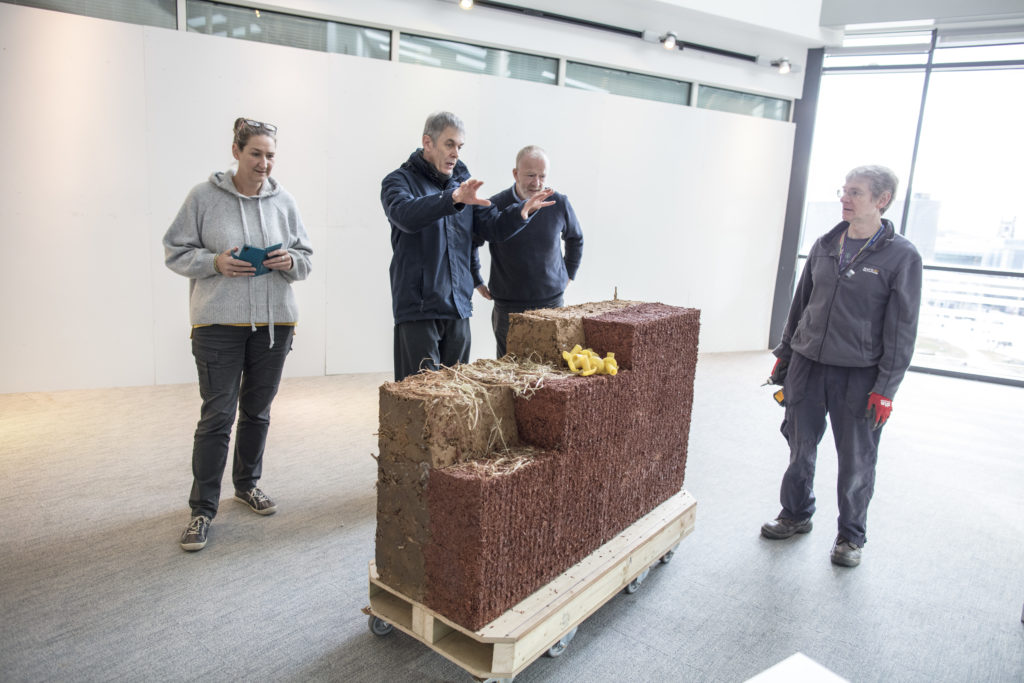 The scale wall arrives in situ at the Roland Levinsky Building for the final event. The University of Plymouth (Steve Goodhew, Jim Carfrae, Karen Hood-Cree and Kevin Owen) 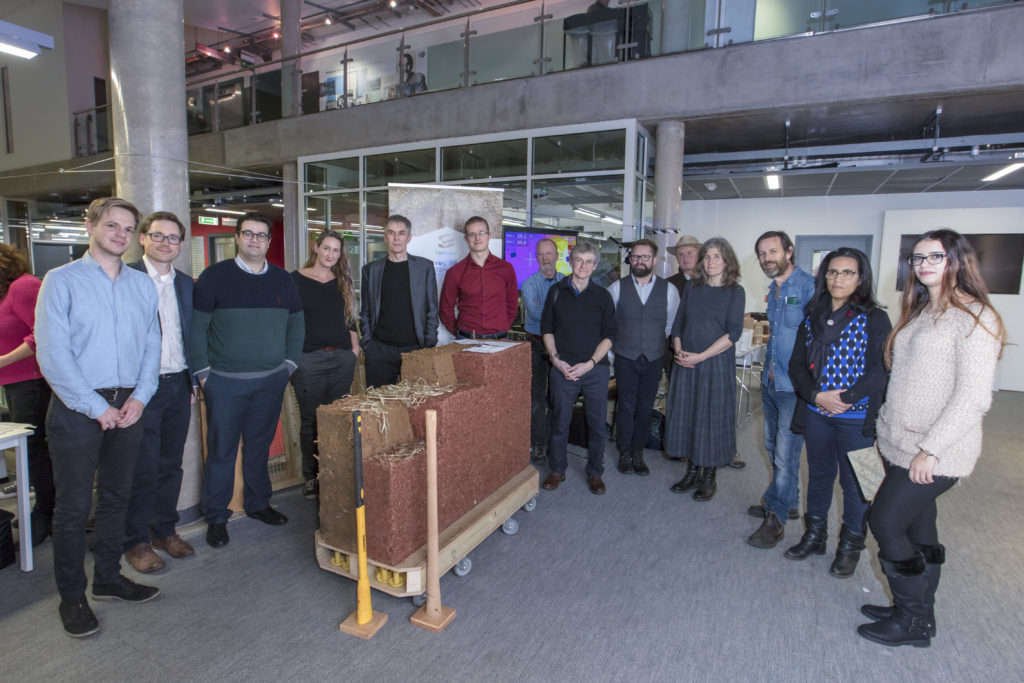 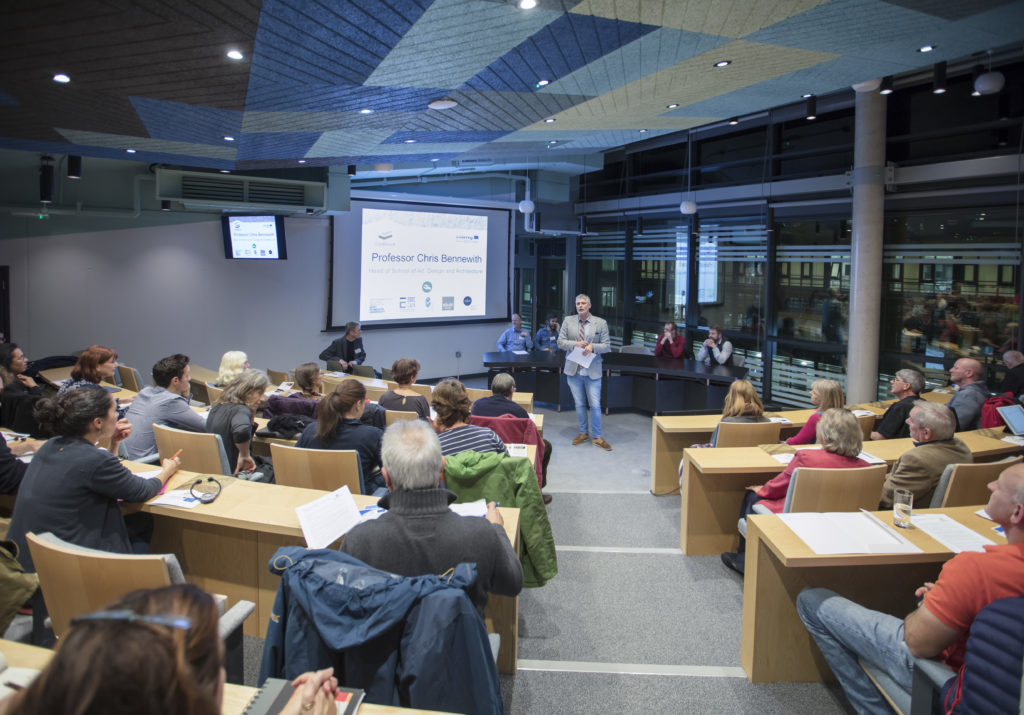 Chris Bennewith, Head of School (Plymouth University). The event kicks off with presentations from all the partners, describing the final results of phase 1 of the CobBauge project 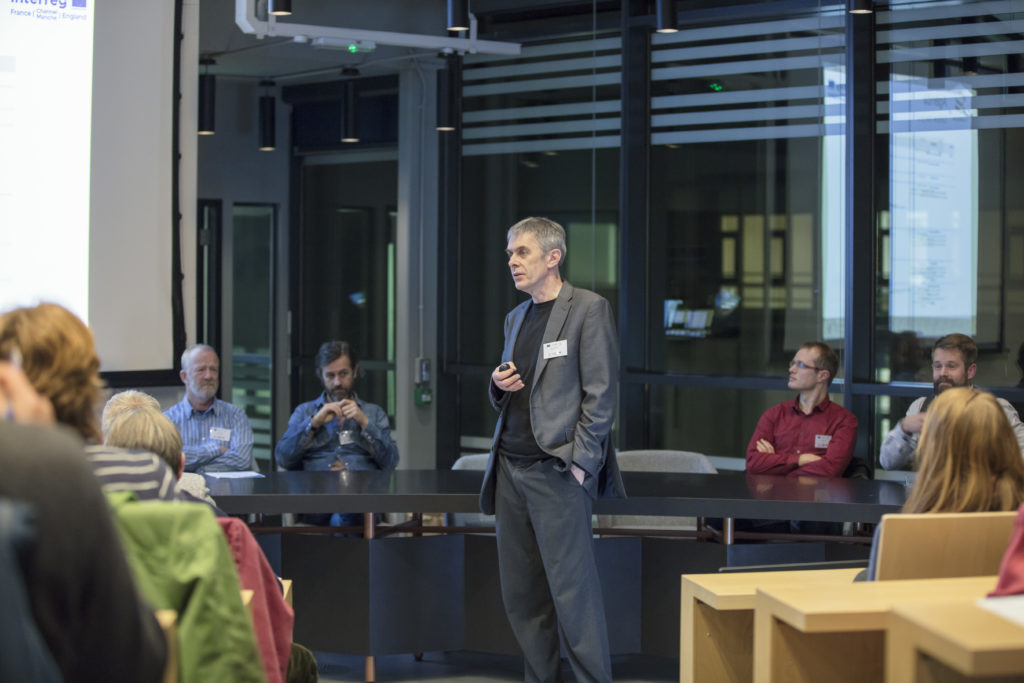 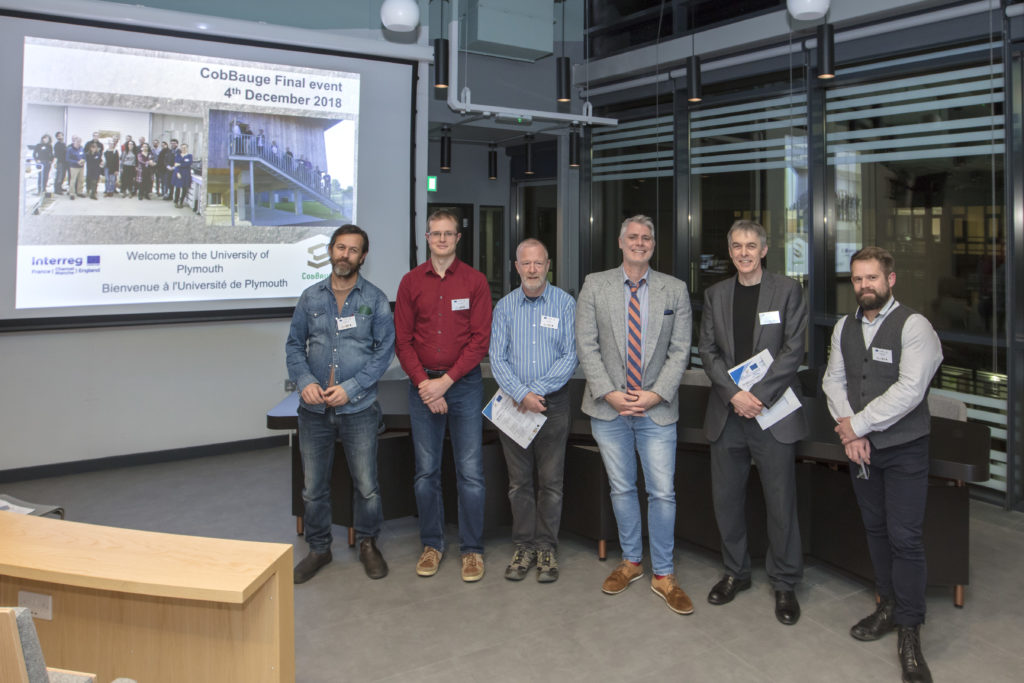 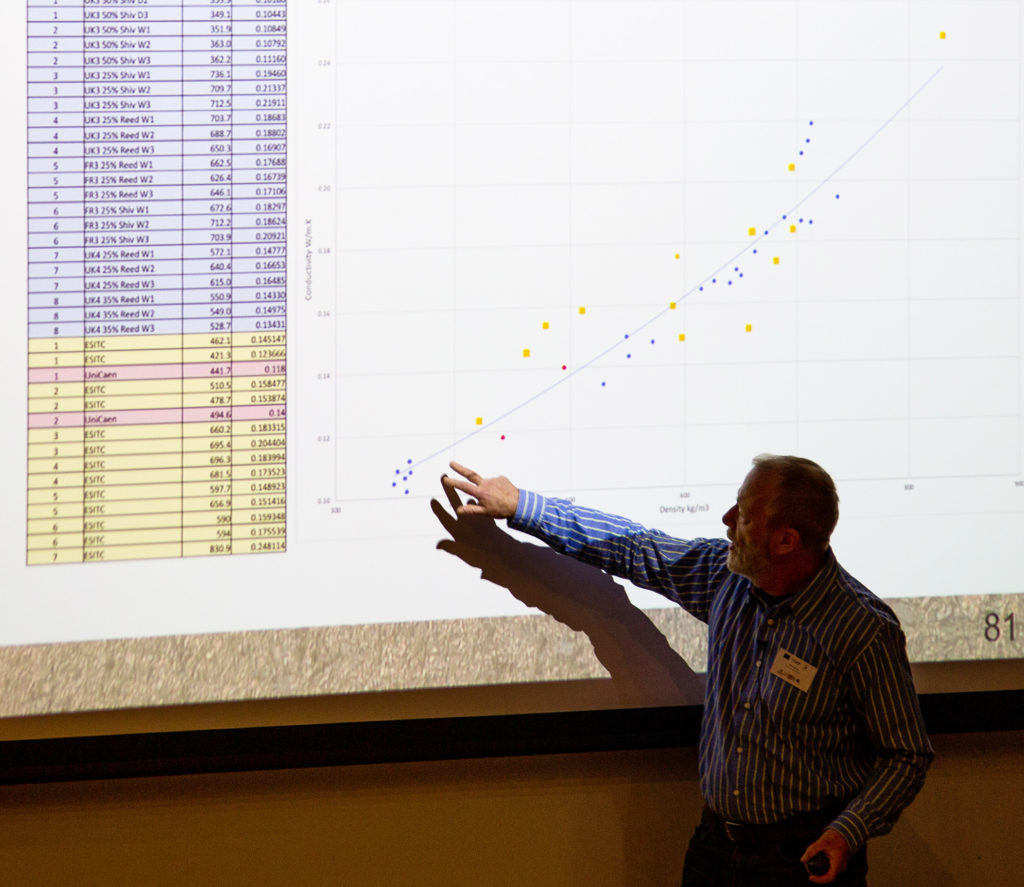 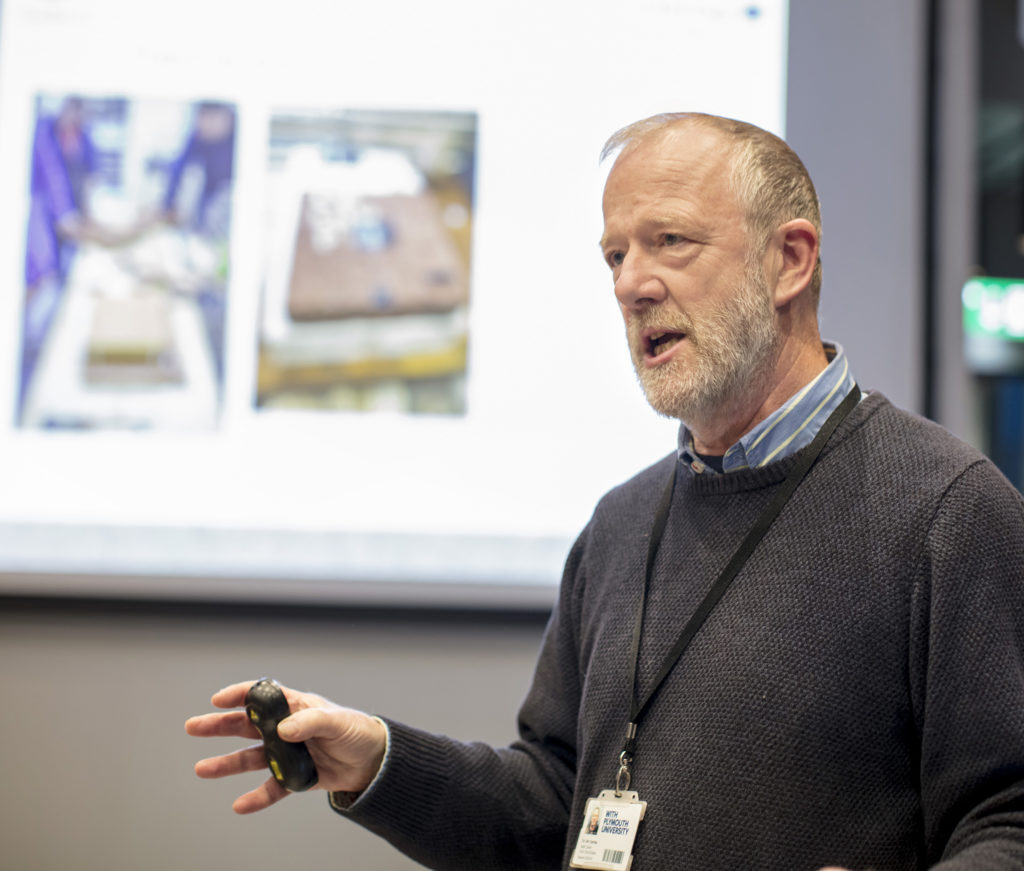 Jim Carfrae discusses the thermal results with the expectations. The results of the testing of the insulating mixes caused a stir, as the first time we could demonstrate that a wall could be built that would pass the UK and French thermal regulations. 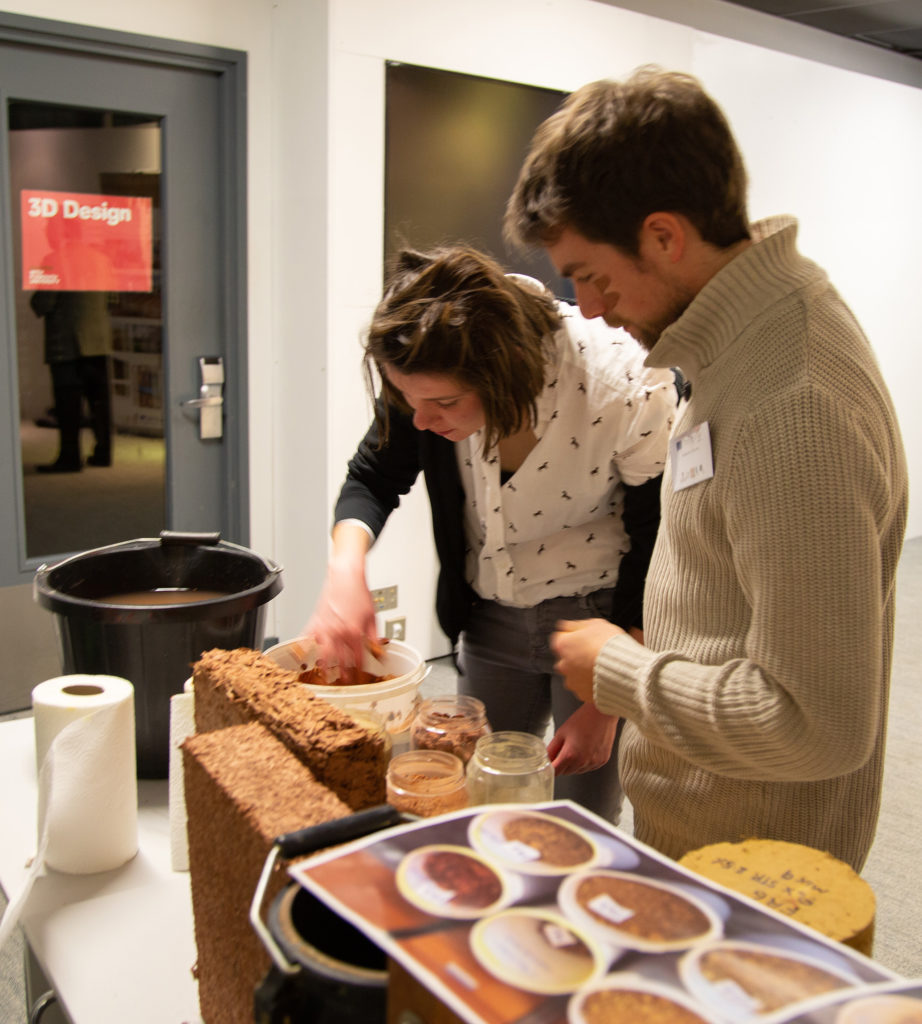 Attended to interact with the clay underwear in CobBauge. After the presentations, the participants were invited to the gallery, where refreshments were offered. They could also investigate the process of CobBauge project through interactive displays, such as the thermal imaging cameras, below. 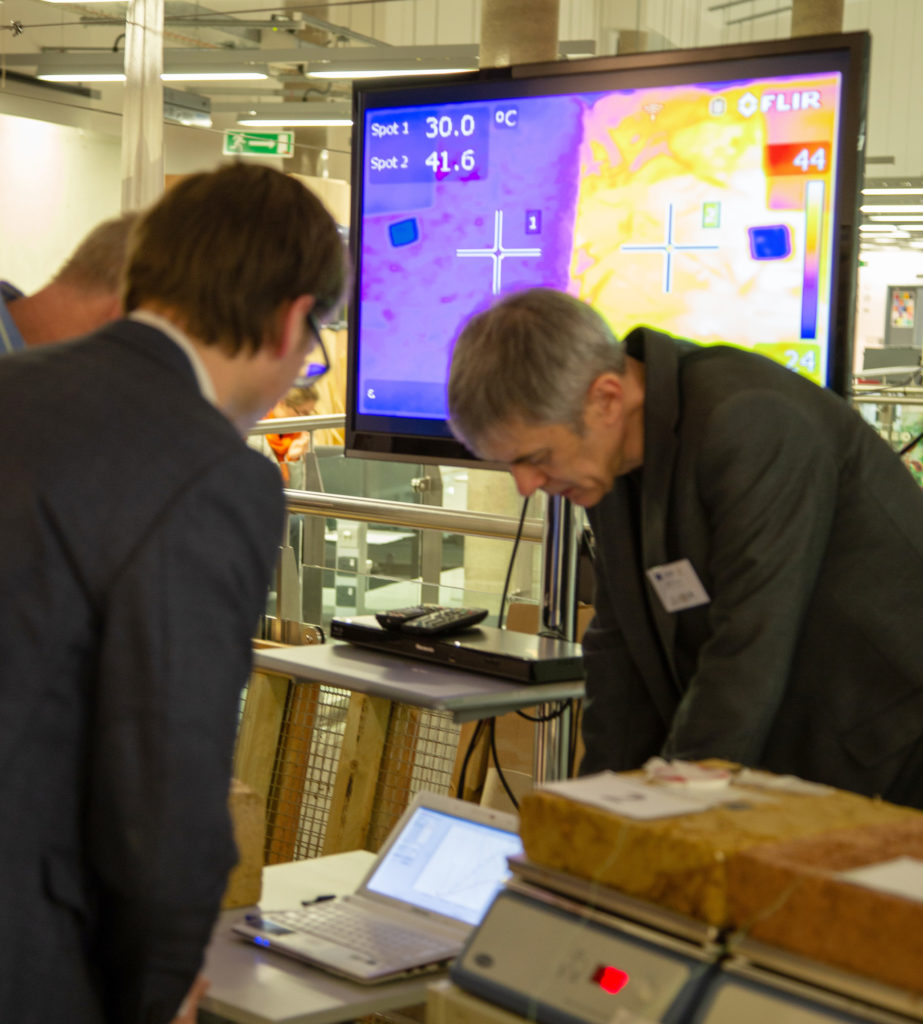 The conductivity of different mixtures is demonstrated using thermal imaging. 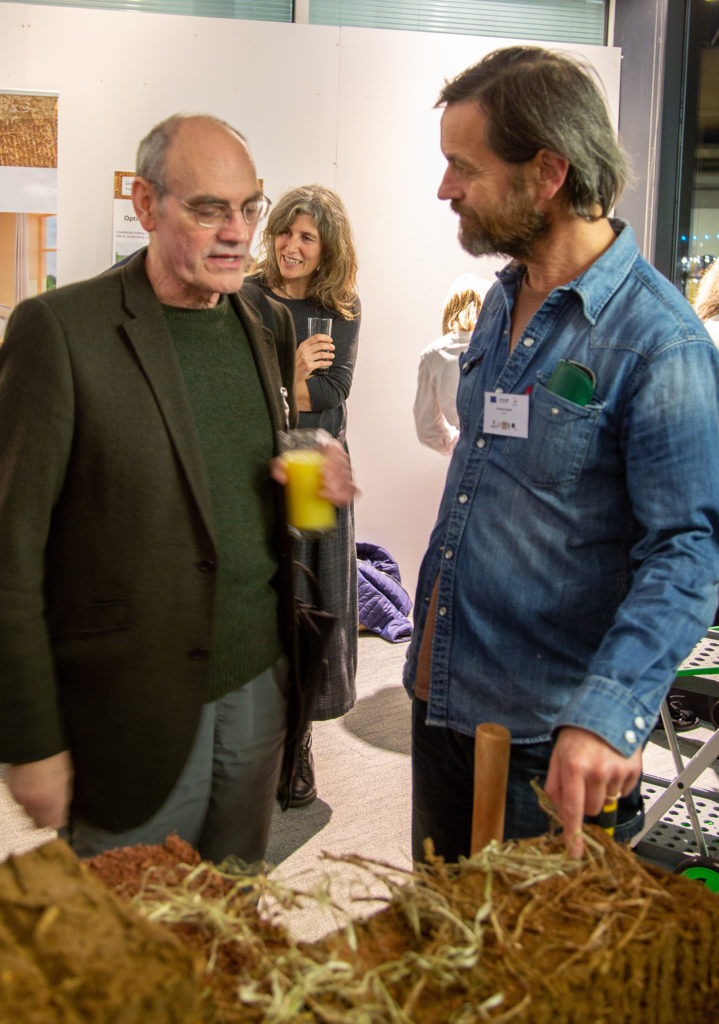 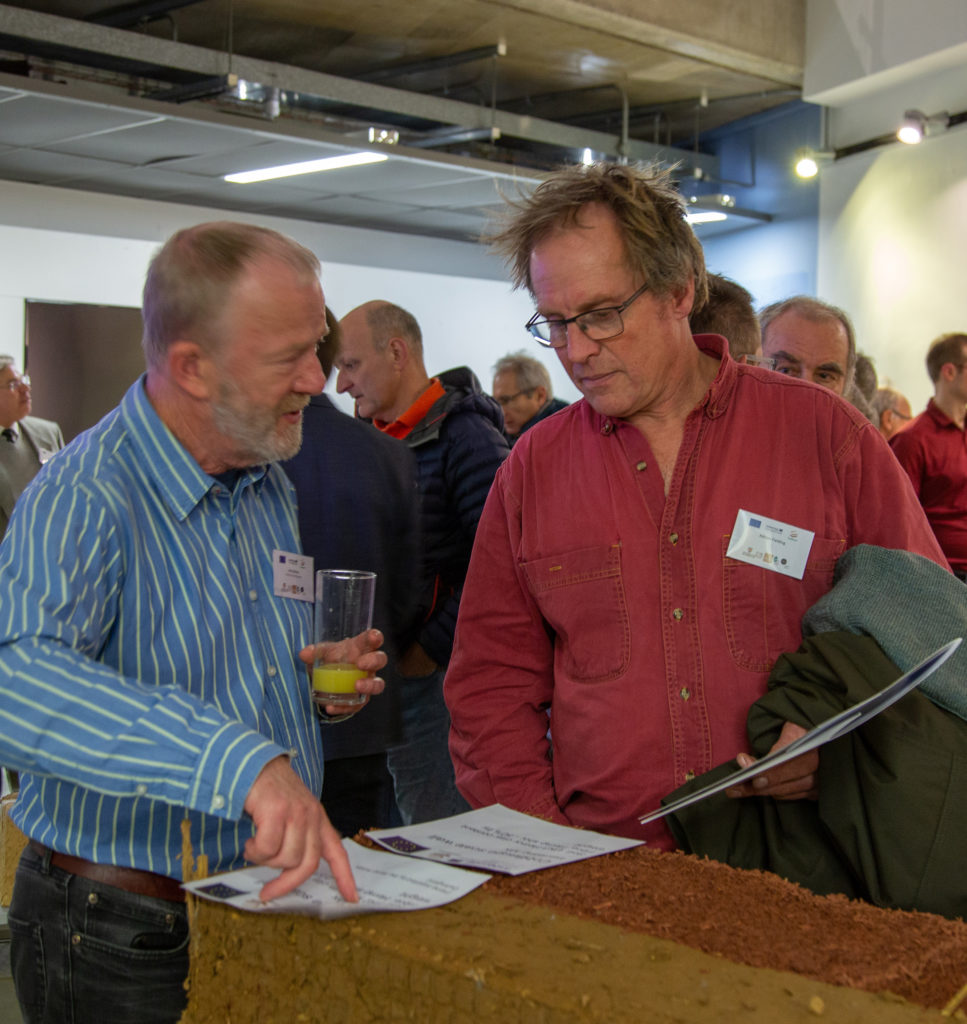 The scale wall initiated a great deal of discussion between the partners and expected to the final event. 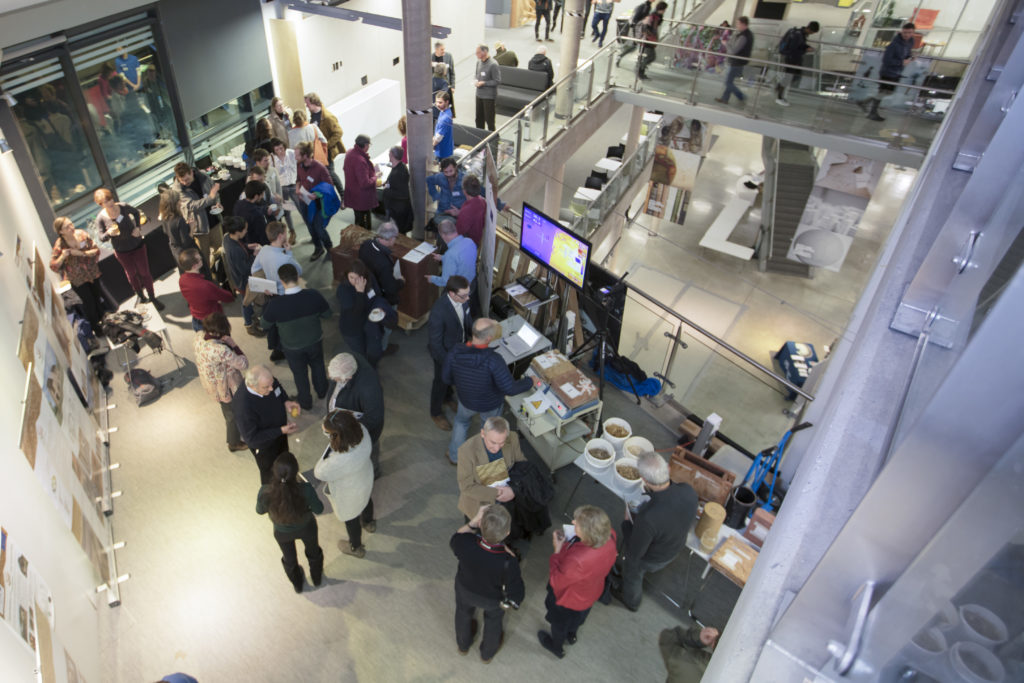 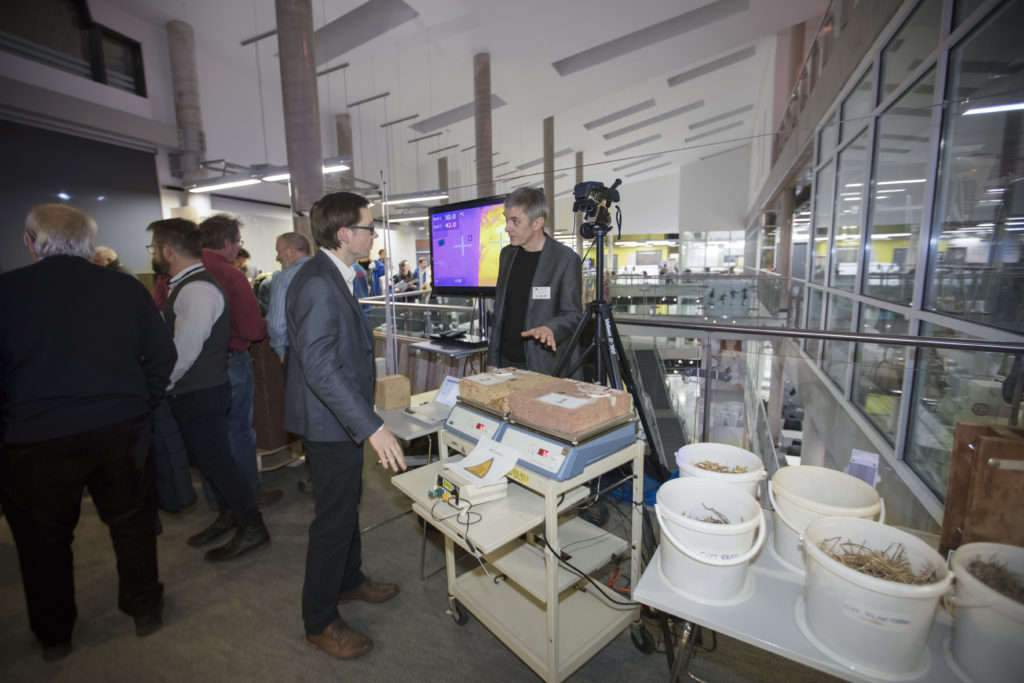 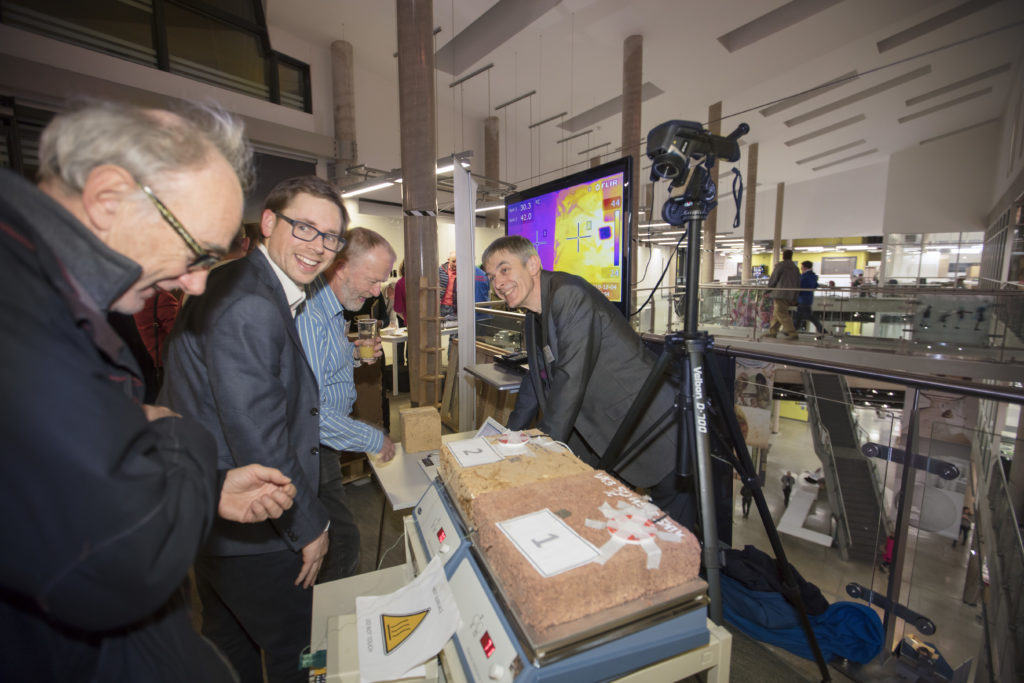 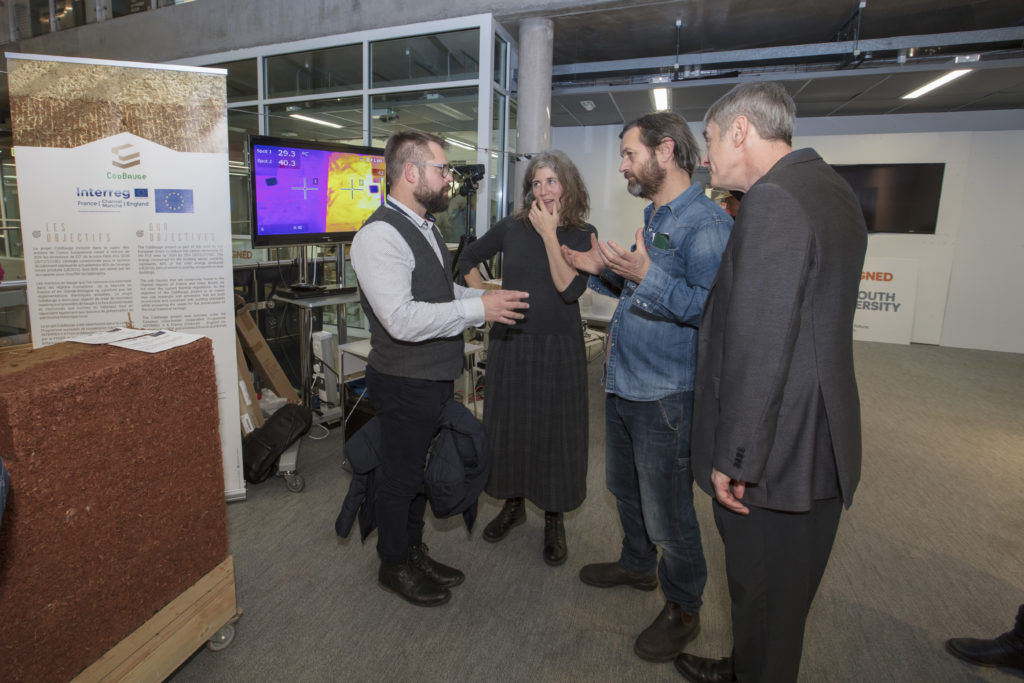 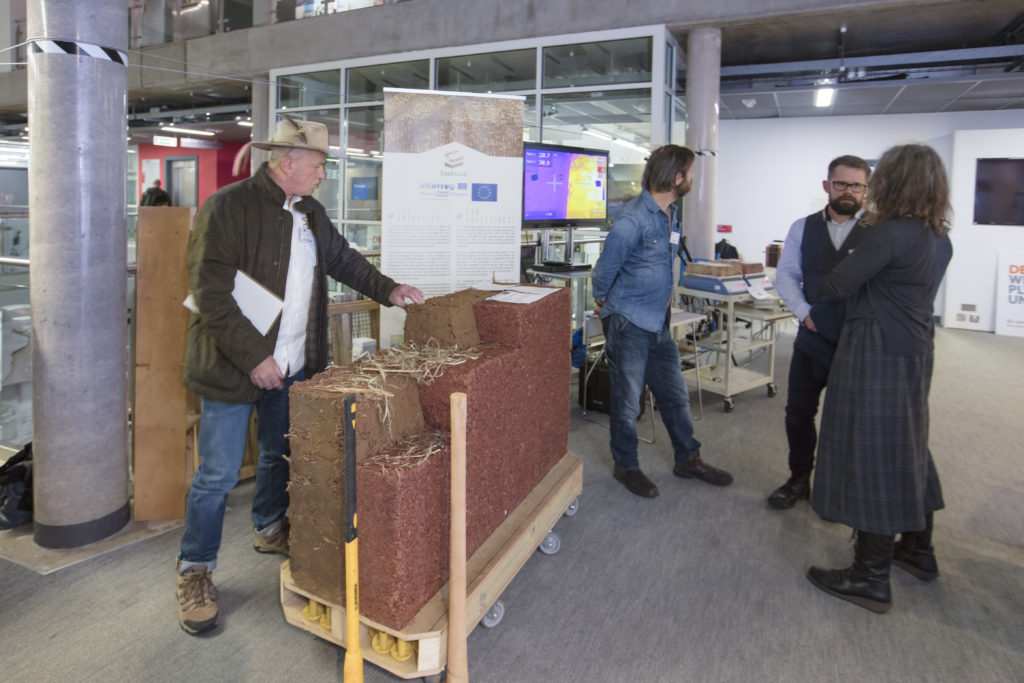 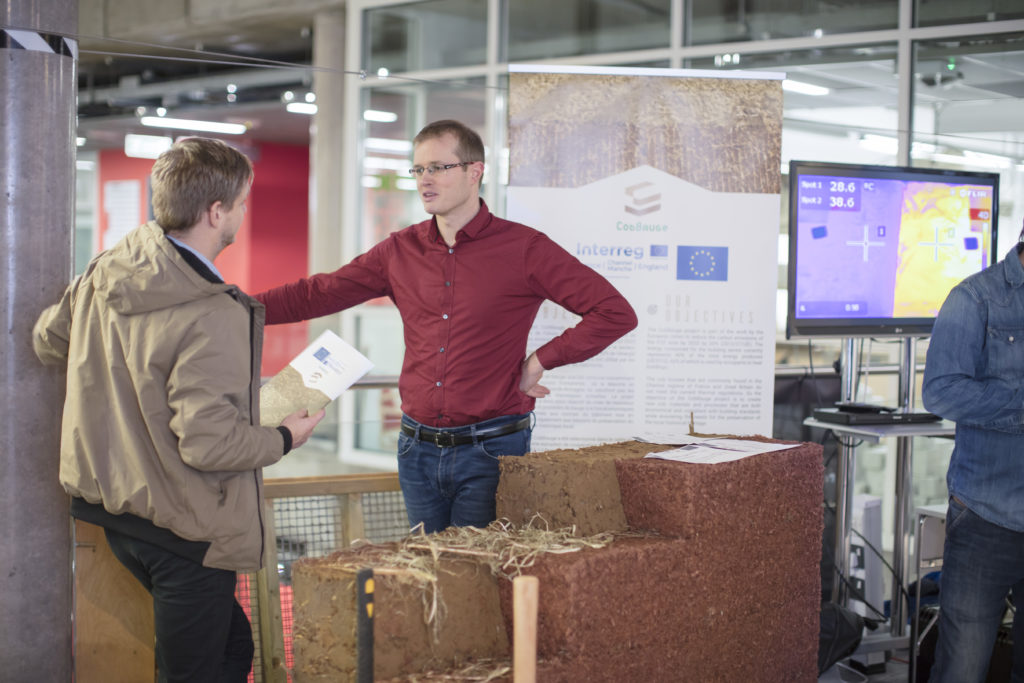 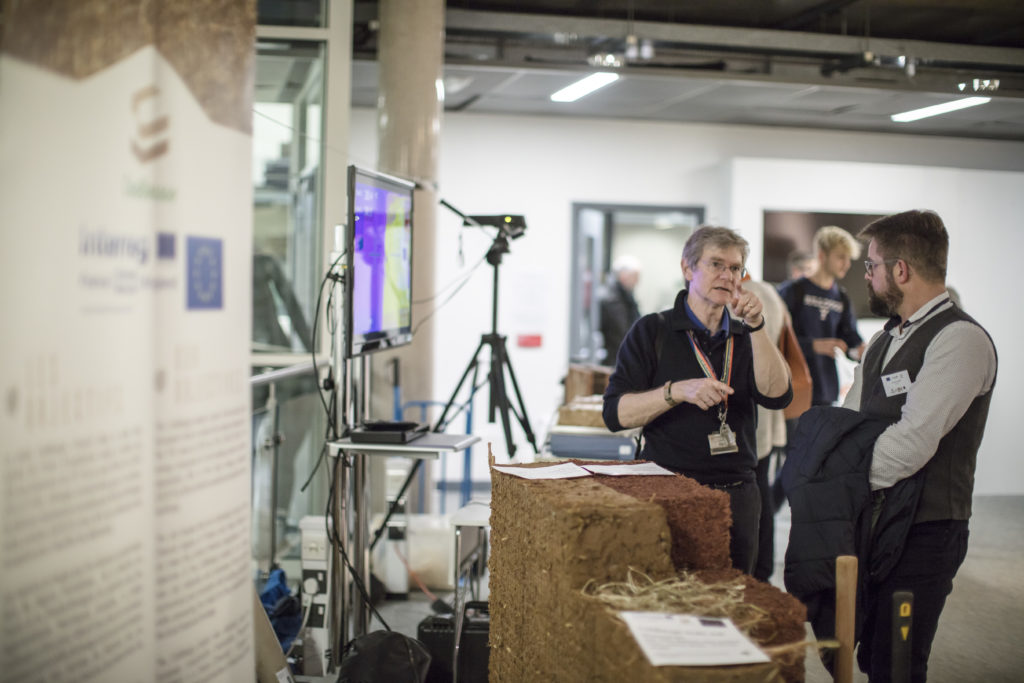